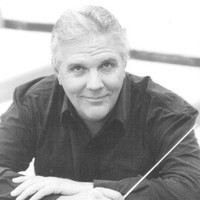 Russell Wilson served as Professor of Music at Utah State University for 28 years, and just retired to Huntington Beach. While at the college he conducted both the orchestra and the choirs. He also taught Music 1010, one of the most highly sought classes on campus, in which he taught some 1500 college students to play recorder. He was also director of the Castle Recorder Consort and is a former member of Musica Reservata with Leslie Timmons.
He founded the Cache Children’s Choir 27 years ago, which is still operating today with five choirs and some 400 young singers. He has conducted across the country, including invitations to conduct his major work for orchestras and choirs, entitled “Prelude To Glory,” which was premiered by the National Symphony in Washington D.C. He and his wife, Cathy, are new members of the OCRS.