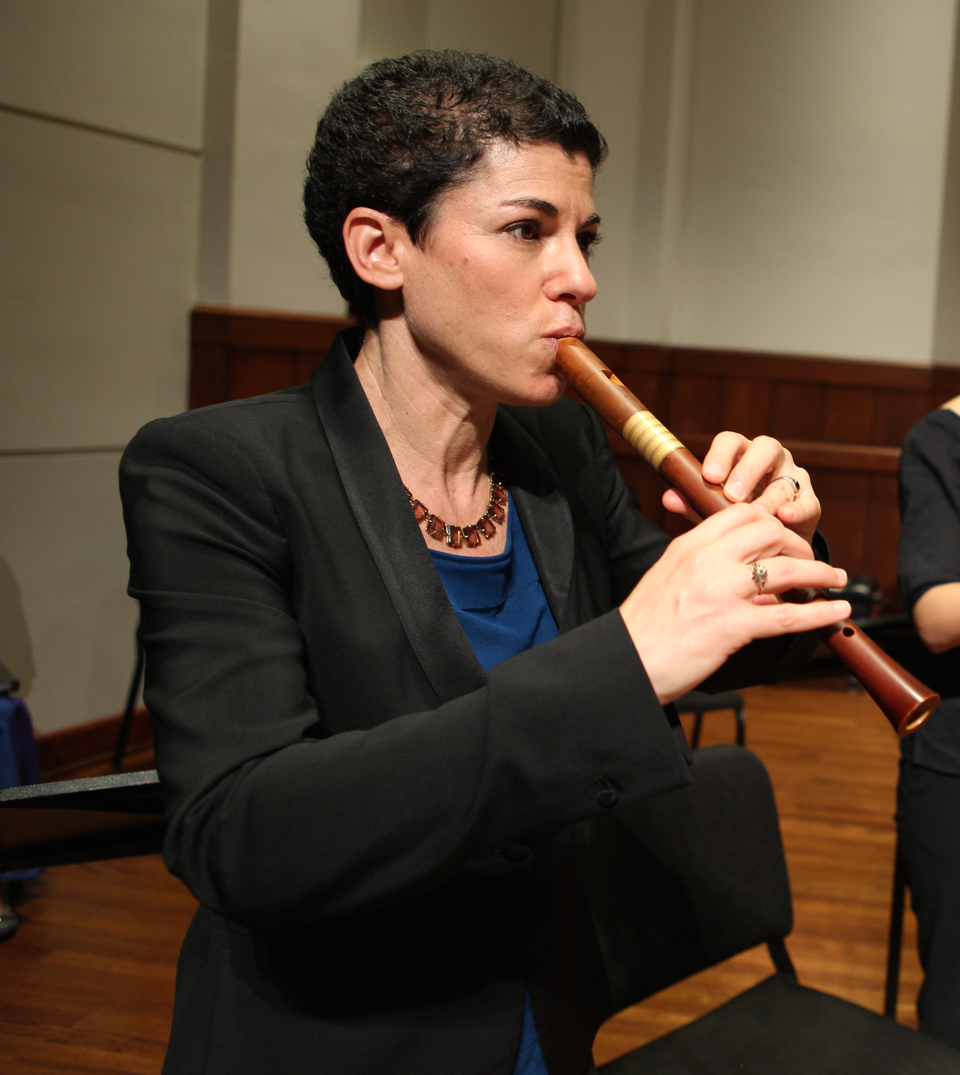 Recorder player Rotem Gilbert is a native of Haifa, Israel and a founding member of Ciaramella, an ensemble specializing in music of the 15th and 16th centuries. Ciaramella has performed throughout the United States, in Belgium, Germany, and Israel, and released a CD on the Naxos Label, and two recordings with Yarlung Records. Their CD Dances on Movable Ground earned five stars by the British magazine Early Music Today and was picked the Editor’s Choice, lauded for its “expressive fluidity and rhythmic vitality”. Rotem was a member of Piffaro (1996-2007), and has appeared with many early music ensembles in the United States and in Europe including recent appearances with Voices of Music in the Bay Area and Utopia Early Music in Salt Lake City. Rotem has been featured as a soloist for the Pittsburgh Opera, the LA Opera, Musica Angelica and the Los Angeles Philharmonic. After studies on recorder with Nina Stern at Mannes College of Music in New York, she earned her solo diploma from the Scuola Civica di Musica of Milan where she studied with Pedro Memelsdorff. She earned her doctorate in Early Music performance practice at Case Western Reserve University with Ross Duffin. Rotem is an Associate Professor of Practice at USC Thornton School of Music, teaching musicology courses in Early Music, Renaissance notation seminars, Renaissance and Baroque Performance Practice and directing Early Music ensembles. She leads USC students for a summer course in Paris on music, culture and art. Rotem received the 2012 Dean’s Award for Excellence in Teaching at USC and is the joint recipient (with Adam Gilbert) of Early Music America’s 2014 Thomas Binkley Award for “outstanding achievement in performance and scholarship by the director of a university or college early music ensemble.” She has been a regular faculty member of early music workshops and is the co-director of SFEMS Recorder Workshop in the Bay Area. Rotem can be heard on the Deutsche Grammophon’s Archiv, Passacaille, Musica Americana, Dorian, Naxos and Yarlung labels.