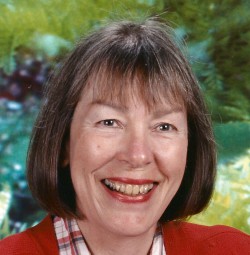 After pursuing a music teaching career for eighteen years in Ohio (K – 12 vocal music and strings), Sally Price made her foray into Early Music through joining Tom Axworthy’s Claremont Graduate School Collegium and Elizabeth Zuehlke’s Baroque Performance Practice class in Riverside.
Sally holds a BFA cum laude in flute performance, as well as a degree in music education (voice). Her graduate studies include string pedagogy at OSU and with Paul Rolland in Montreux, Switzerland. She has studied modern flute, violin, and Baroque flute privately. In addition to teaching, Sally has always been active as a flutist in orchestra and chamber music. She taught the beginning class for Tom Axworthy’s Rio Hondo College Collegium for several years, and has been an instructor at both Malibu and Ojai Workshops. She was also guest conductor of the San Diego Junior Music Festival, and flute instructor at the Ohio University Chamber Music Institute.
Her publications include arrangements of Christmas carols for recorders, and an original composition published by the American Recorder Society. Sally has served as newsletter editor for OCRS, and has conducted OCRS, SCRS, and SDRS meetings. She has been a performing member of the early music ensemble Musica Ficta since 1984.