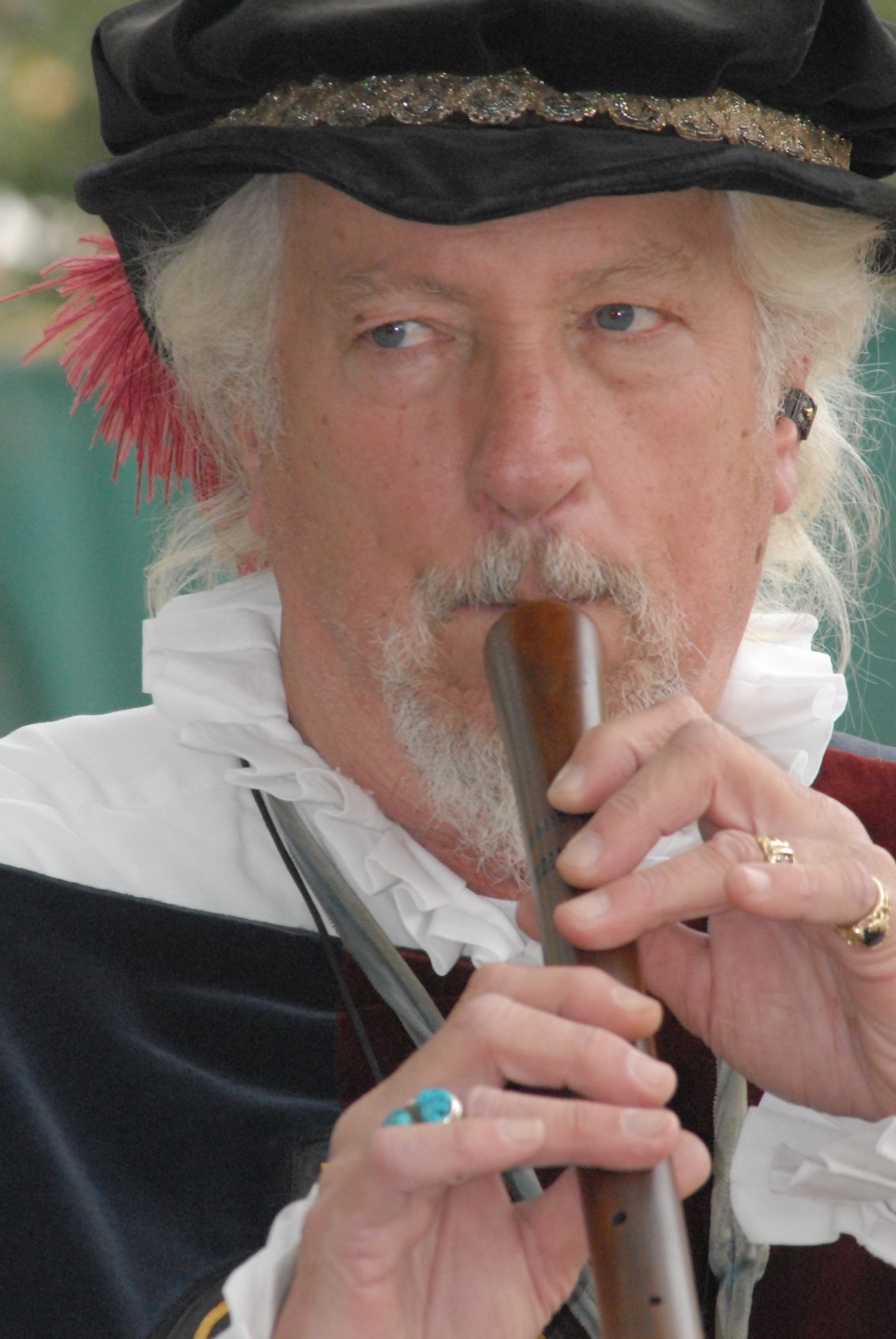 Mr. Axworthy currently teaches the Collegium Musicum and Recorder Workshop for Rio Hondo College and has directed the Collegium for the Claremont Graduate School. He teaches regularly for the early music workshops presented by the San Diego Early Music Society, the Southern California Recorder Society, the San Francisco Early Music Society and the Idyllwild School of Music and the Arts (ISOMATA). He directs his own annual SCEMC Workshop in Renaissance Reed Instruments and is co-director for the Canto Antiguo Workshop in Early Music and Dance.
Mr. Axworthy is the founder-director of the Southern California Early Music Consort and a member of the Renaissance Players, Harmonia Baroque and is a co-founder of Canto Antiguo. He also directs several other chamber ensembles in a wide range of musical styles. Mr. Axworthy has appeared as a recorder/shawm soloist with the Los Angeles Philharmonic as well as an oboe soloist with many local orchestras. He records for the Musical Heritage Society, Nonesuch, Dargason and Word Records. His early instruments and the SCEMC have been heard in numerous film and TV soundtracks.
Mr. Axworthy is the co-founder (with Lia Levin) and musical director of the Los Angeles Recorder Orchestra which is now in its 10th year. He also prepares many of the editions of renaissance, baroque, classical, romantic and modern music for LARO.