Meet the conductors for the OCRS Spring Workshop February 16, 2019 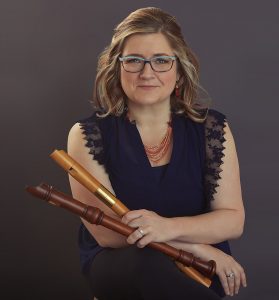 Jennifer Carpenter’s love for the recorder began while earning her Bachelor of Music in clarinet performance at the University of North Carolina at Greensboro. Her pursuit of early music studies brought her to study at the University of North Texas where she received a Master of Music degree in musicology with an emphasis in early music performance and is ABD (all but dissertation) for her PhD in the same field from UNT.

As a recorder player, Jennifer performs regularly as a soloist and in early music ensembles and baroque orchestras in both Texas and Colorado. She is a member of Parish House Baroque, Colorado Springs’ early music ensemble, which performs concerts along the Front Range.

She enjoys teaching as much as performing. In addition to teaching private lessons and coaching ensembles, Jennifer has been on the faculty of early music workshops in TX, CA, NM, AZ, and CO. Her enthusiasm for working with amateur recorder players as led her to serve on the Board of Directors of the American Recorder Society. She is also currently the president of the Board of Directors for the Boulder-based early music ensemble Seicento Baroque Ensemble. Jennifer was the music director of the Dallas Recorder Society from 2009-2014 and continues to mentor and coach ARS chapters across the country. Now happily a resident of Colorado Springs, CO, she is enjoying integrating into the early music scene on the Front Range. 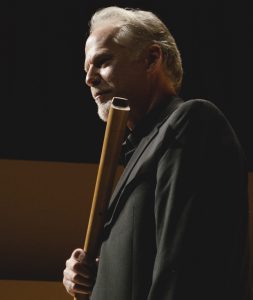 Mark Davenport is Professor of Music at Regis University, Denver, where he chairs the Music Department and directs the University’s Recorder Music Center (RMC), an international repository for recorder music, instruments and archival material related to the history of the recorder movement in America. As a conductor, Davenport has spent almost 30 years directing large university early music ensembles, including the Collegium Musicum at Regis, a 30-member ensemble made up of singers and performers on period instruments. He is also a frequent faculty member for recorder workshops across the U.S.
Mark was trained on the recorder from the age of three through studies with his father, LaNoue Davenport, the American recorder pioneer and first president of the American Recorder Society (1960). Mark has had an extensive performing career beginning in the late 1970s when he first toured with the internationally renowned New York Pro Musica during their performances of the thirteenth-century liturgical drama The Play of Daniel. Since moving to Colorado in 1992 he has been a featured soloist with the Colorado Music Festival and Boulder Bach Festival Orchestras, and with his own groups Fiori Musicali and Trio Dolce.
Mark holds the Ph.D., and Master of Music in Musicology, from the University of Colorado at Boulder, and a B.A. in Music History, summa cum laude, from the State University of New York, College at New Paltz. He served two consecutive terms on the Board of Directors for the American Recorder Society (2004-2012), chairing its Education and Programs Committees. His music publishing company, Landmark Press, is devoted to the publication of music for early instruments and voice.

A regular feature of 17th and 18th-century aristocratic education, “The Grand Tour” offered young noblemen and women an opportunity to travel throughout Europe, exposing them to their cultural legacies. Prepare your passports and travel with us to Germany, Spain, England, and the Low Countries where we will experience glimpses of our own musical heritage.

• Workshop: 9:30 a.m.– 4:00 p.m.
• Refreshments & Lunch will be provided
Small-group, ability-level sessions (intermediate and advanced) will be taught by both clinicians; and they will switch groups so that everyone will have the opportunity to benefit from both of them. There will also be a full group (tutti) orchestra session.

Workshop session schedule, directions and music will be sent by email to all participants a few days prior to the workshop. Please print and bring your music.

$55 for OCRS and other related organizations