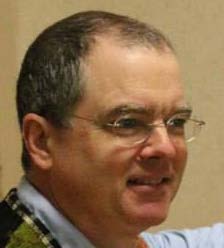 Adam Knight Gilbert Professor and Director of USC’s Thornton School of Music Early Music Program has performed on recorder, shawm, bagpipes, and dulcian with numerous ensembles since he began his professional career in 1981. He performed as a member of New York’s Ensemble for Early Music (1981–85), and as a member of the Waverly Consort (1985–90). He performed as a member of Piffaro, the Renaissance Band (1989–2004). His arrangements and compositions can be heard on the Deutsche Grammaphon Archiv label and on the Dorian label. As director of the ensemble Ciaramella since 2003, his compositions and arrangements are recorded on the Naxos and Yarlung labels. Gilbert studied philosophy at the University of South Carolina, and in 1984 graduated from the Mannes College of Music with a degree in Early Music Performance on recorder, and studied recorder at Rotterdams Conservatorium (1990–91). He received his M.A. and Ph.D. in 2003 in performance practice at Case Western Reserve University. As a recipient of the Fulbright and Belgian American Education Foundation grants, he spent two years as a visiting scholar at the Katholieke Universiteit Leuven. In 2008, he received the American Musicological Society’s prestigious Noah Greenberg Award. Gilbert served for two years as acting assistant professor of musicology at Stanford University (2003–05). He is currently Associate Professor and Director of Early Music at USC’s Thornton School, where he has taught since 2005. Early Music America recently named Adam and Rotem Gilbert joint recipients of the 2014 Thomas Binkley “for outstanding achievement in performance and scholarship by the director of a university or college early music ensemble.”