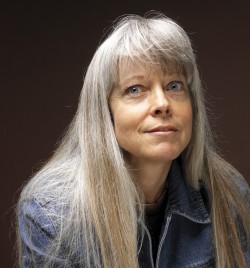 Janet Beazley is an accomplished performer and teacher on recorders and historical flutes. She has performed with Musica Angelica, Bach Collegium San Diego, and with her own group, Accenti. Janet received a Doctorate in Early Music Performance and a Masters in Music History from the USC Thornton School of Music, and has taught music history and early music performance at USC, UC Irvine, and Claremont Graduate University. She is in her 16th year as an instructor at UC Riverside, where she directs the Collegium Musicum and the Bluegrass & Traditional Music jam class.
Janet is also a banjoist, vocalist and songwriter with Chris Stuart & Backcountry, a nationally- and internationally-touring string band specializing in original Bluegrass and Americana music. She is a sought-after clinician at bluegrass and folk music workshops all over the US, Canada, UK, and Europe.